Since 2019 there is the mobile cinema, a complete service for the road with its own screen, video projector and live improvised music. The improvised score brings back life to silent films in a very special way. This is possible only with music that is invented and played directly to the film. If you are interested, just contact us to book the mobile cinema for your own event. 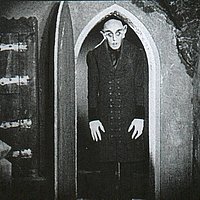 Composition for prepared piano, woodwind instruments and live-electronics. Nosferatu is considered one of the first representatives of the horror film and one of the most important works of cinema in the world. For this particular film, Phil Minton, an avant-garde vocal artist from London, is considered a fixture in the scene of free improvisers, with "sheer unbelievable and uncanny sounds, for which there is nothing like them anywhere". Alistair MacDonald, Professor of Electronic Music at the Royal Conservatoire of Scotland, and Vlady Bystrov on the woodwinds, playing live for a gruesome event (Video 2006, Video 2018). 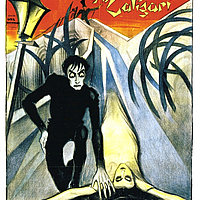 Compostion for prepared piano, woodwind instruments, violin, percussion and electronics. One of the early Expressionist films is considered a prime example of the Expressionist style in film and marks a milestone in film history. This film is presented here by the interdisciplinary Ensemble Megaphone with Lenka Zupkova on the violin and electronics, Willi Hanne on the percussion and sound objects, and Vlady Bystrov on the electronically prepared piano and woodwind instruments (Video). 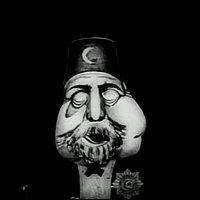 Composition for prepared piano and winds. First Soviet science-fiction cartoon, which is assigned to the Soviet propaganda films. It shows the export of the revolution from Earth to Mars. It predicts a struggle between capitalists and communists in space, but with imaginative, surrealistic humor and quasi-Dadaist caricatures (Video). 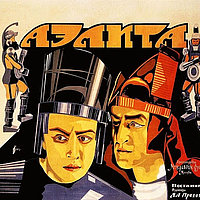 Composition for prepared piano, woodwind instruments and electronics. The film is historically significant and had a pioneering influence on the development of the genre "Science Fiction" in theater and film (Video). 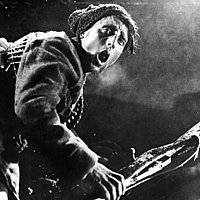 Composition for prepared piano, woodwind instruments and electronics. Sergei Eisenstein's film was commissioned by the CPSU Executive Committee to celebrate the 10th anniversary of the October Revolution. Filmed in original locations and with veterans of historical events, the film traces the revolution and comments on it with suggestive montages and ironic image inventions (Video). 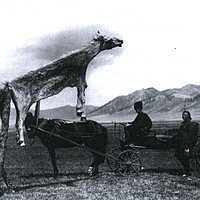 For electronic sounds and instant remix of D. Schostakovich’s music from the original soundtrack from 1931. 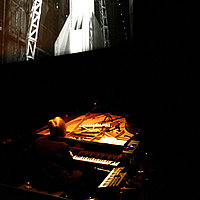 As part of the piano festival "Tastentaumel im Braunschweiger Land", the International Filmfestival Braunschweig presented the German film classic "Woman in the Moon" by Fritz Lang in a musical premiere at the Small House of the State Theater Braunschweig on March 5th. Vlady Bystrov had specially written a new music for prepared piano, woodwind instruments and surround live electronics (Video). 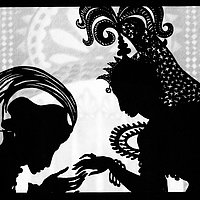 Composition for prepared piano, wooden and ethnic instruments. Lotte Reiniger is the first cartoonist in the world to become famous. In 1926 she created the first long cartoon in the world and invented an amazing technique that made her famous. She skilfully designed paper-cut figures. Artfully cut out of paper, they became heroes of a fairytale adventure (Video).