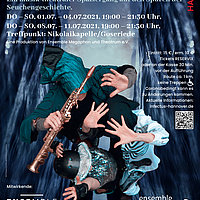 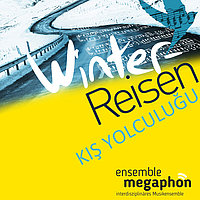 A music-literary walk with songs by Franz Schubert, from the culture of Turkey and own compositions to texts of Turkish migration literature. With Ensemble Megaphone and guest artists. 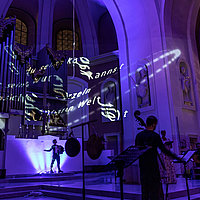 Scenic concert with music of Christianity, Islamic Sufism, dance and video projections. With the musicians of the Ensemble Megaphone and guest artists, we span a wide range from Hildegard von Bingen's mystical songs from the 12th century to traditional Arabic Sufi music, improvisations and today's music. In doing so, we include the space, the light and its atmosphere, and we all meet in a musical dialogue. 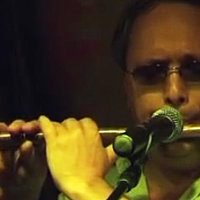 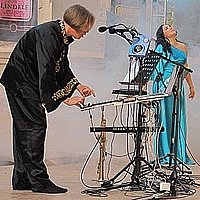